Farmers and Hunters Feeding the Hungry (FHFH) received a $30,000 grant from the Walmart Foundation.  Through this grant, the FHFH will be able to provide additional protein-rich meat to people in need across North Carolina.

“We are deeply appreciative of this support from the Walmart Foundation for North Carolina FHFH
Chapters.  An estimated 70,000 additional servings of nutritious meat to the hungry of North Carolina will allow us to expand the number of food relief groups and organizations served,” said Matt Wilson, FHFH Program and Development Director.

“Walmart and the Walmart Foundation are delighted to support the Farmers and Hunters Feeding the Hungry,” said Brooke Mueller, Director, Public Affairs and Government Relations, Walmart. “Walmart understands the importance of this organization and its role in providing nutritious food to those in need.”

The donation totals received by existing and potential new FHFH chapters can be increased greatly by approximately 350 deer this fall and winter season.  The funding support from the Walmart Foundation will also aid in the recruiting of new local program coordinators and qualified meat processors to participate with FHFH in the effort to feed the hungry of North Carolina.

About Philanthropy at Walmart
Walmart and the Walmart Foundation are committed to helping people live better through philanthropic efforts that draw on the strengths of Walmart in the arenas of sustainability, economic opportunity, and community. As part of our commitment to creating a more sustainable food system worldwide, Walmart and the Walmart Foundation are leading the fight against hunger in the United States. They recently exceeded a $2 billion goal to fight hunger one year ahead of schedule and have donated more than 1.5 billion pounds of food to those in need across the country.  To learn more about Walmart’s giving, visit www.foundation.walmart.com. 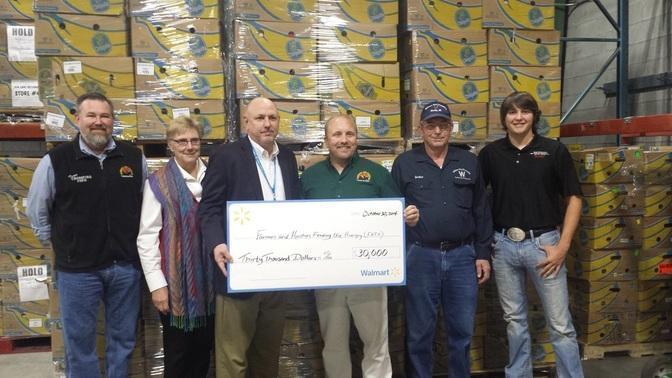